I use the Cloudbit in a sensors/Internet of Things design and prototyping workshop I run, and it’s the primary reason I use Littlebits as a design tool. But, it seems like the Cloudbit is no longer generally available:

I’ve spent a couple of days evaluating the Arduino, BLE, and Proto bits as alternatives to the Cloudbit, and I’m interested to know if it will be coming back, or if not, if others can think of other alternatives I’ve missed.

For me, a Cloudbit alternative primarily needs to be able to trigger IFTTT without traditional programming by the user. Receiving data from IFTTT or elsewhere is secondary. Visual programming like the Codebit’s Code app is fine. Any computer application needs to be cross-platform.

If the Cloudbit hardware is no longer generally available, then @Hixie’s localbit software isn’t a viable alternative, since it requires a Cloudbit to run it on.

The Codebit is not a viable alternative, because the Code app can’t hit IFTTT in response to input.

If you tether the Arduino bit to a computer, it can be a viable alternative:

Of these three, I think only the Node-RED option has the capability to receive notifications back from IFTTT to trigger an output.

With the new Avengers kit including the standard Bluetooth Low Energy bit instead of the new Control Hub like the Droid or Space Rover kits, I wonder if that’s a more reliable bit to use than even Arduino? It’s also a viable alternative if it’s connected to a computer:

Finally, it seems plausible that the Proto bit could be used to plug directly into a Raspberry Pi 3 or ESP8266, both with onboard wifi, and trigger IFTTT that way.

Thanks for this post! It’s always good to explore alternatives. I posted over a week ago about the Cloud Control page having gone missing but after a day it came back and I’ve been using it almost daily since. I also heard from LittleBits on Twitter that the page was back up, so I think they will not be dropping support for the Cloudbit even if it is no longer avaialable for purchase by itself. Read my thread here: LittleBits drops support of CloudBit?

I’ve given up on teaching the cloudBit + IFTTT this semester. I hope they can re-connect it by 2019!

I am using MESH™ — a product that came out of Sony — that has littleBits add-on. From their site:
"What is MESH?
MESH triggers are small block-shaped sensors and electronics that can be used to make objects smarter. Each trigger has a different function, including motion sensor, light sensor, temperature and humidity sensor, accelerometer, wireless button, GPIO, and LED. " 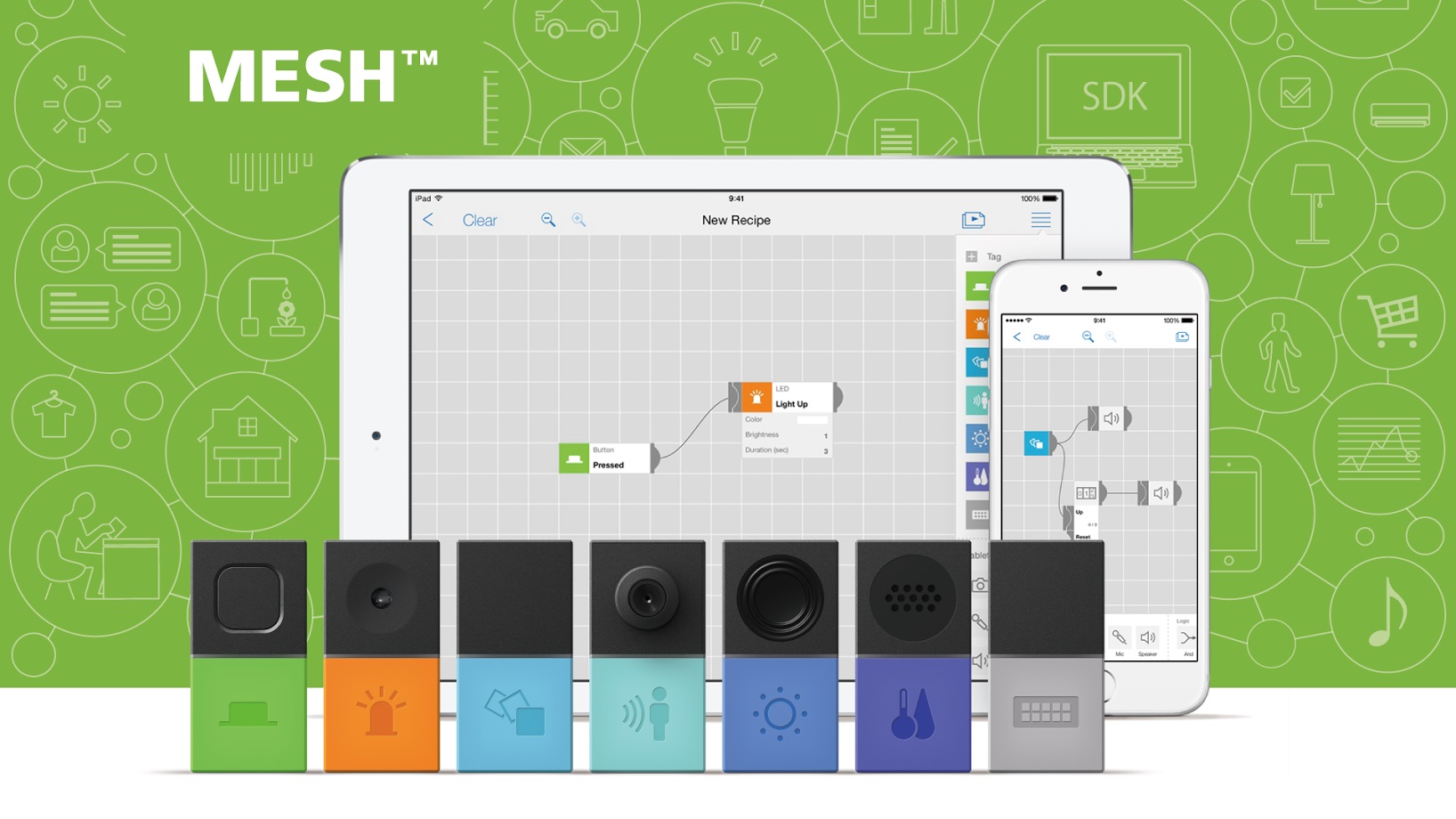 With MESH, anything can become a smart device!| Sony

MESH is a tool that let you explore the world of IoT (Internet of things) using everyday objects. Just attach your MESH tag to any physical object, and connect it with various devices and services on the MESH app.

I have less experience with SAM Labs, but their app clear and well designed. SAM Labs - Bringing steam and coding to life in your classroom!

SAM Labs provides everything you need to deliver the most engaging STEAM and Coding learning experience in your classroom with Hardware, Software and curriculum-aligned lesson plans

Fingers crossed that I can revive my cloudBits!